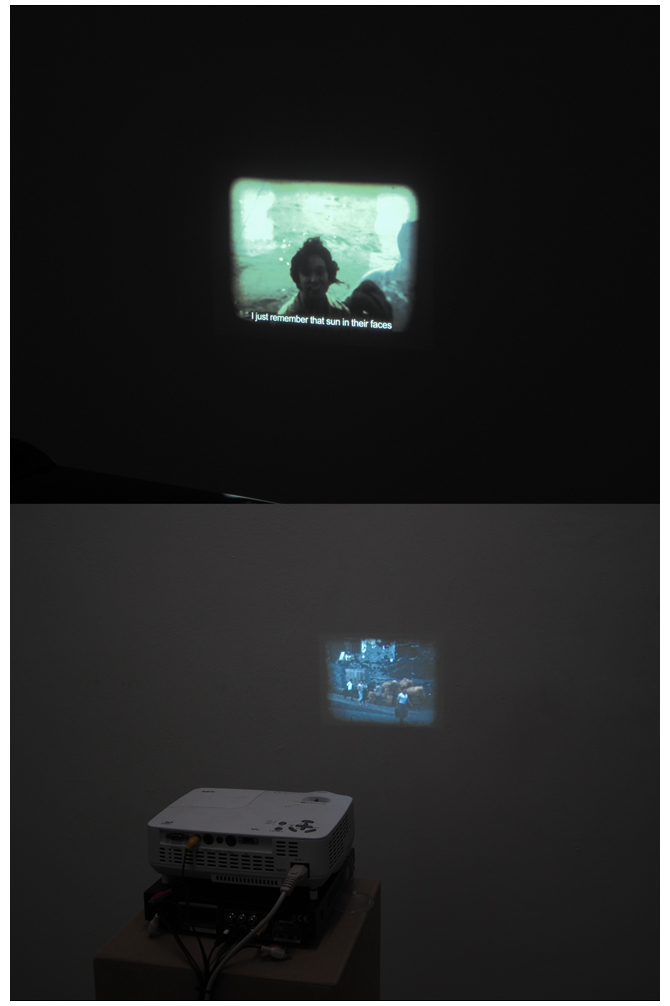 Starting from Marcel Proust’s concept of involuntary memory (a conception of human memory in which cues encountered in everyday life evoke recollections of the past without conscious effort), a memory would work both as a selective process and by adding information to the original event.

In Trinomial memory is understood as an adulteration process. A second memory would be a memory of a memory of the original event and so on. In this process the addition of noise and information is continuous and older memories tend to deviate radically from the past reality, creating new versions of truth. The same narrator presents three simultaneous narratives, three different memories of the same event, all of them true. Trinomial is composed by three autonomous videos installed in the same space; sound synchronized in the sentence

“I remember perfectly that day”.