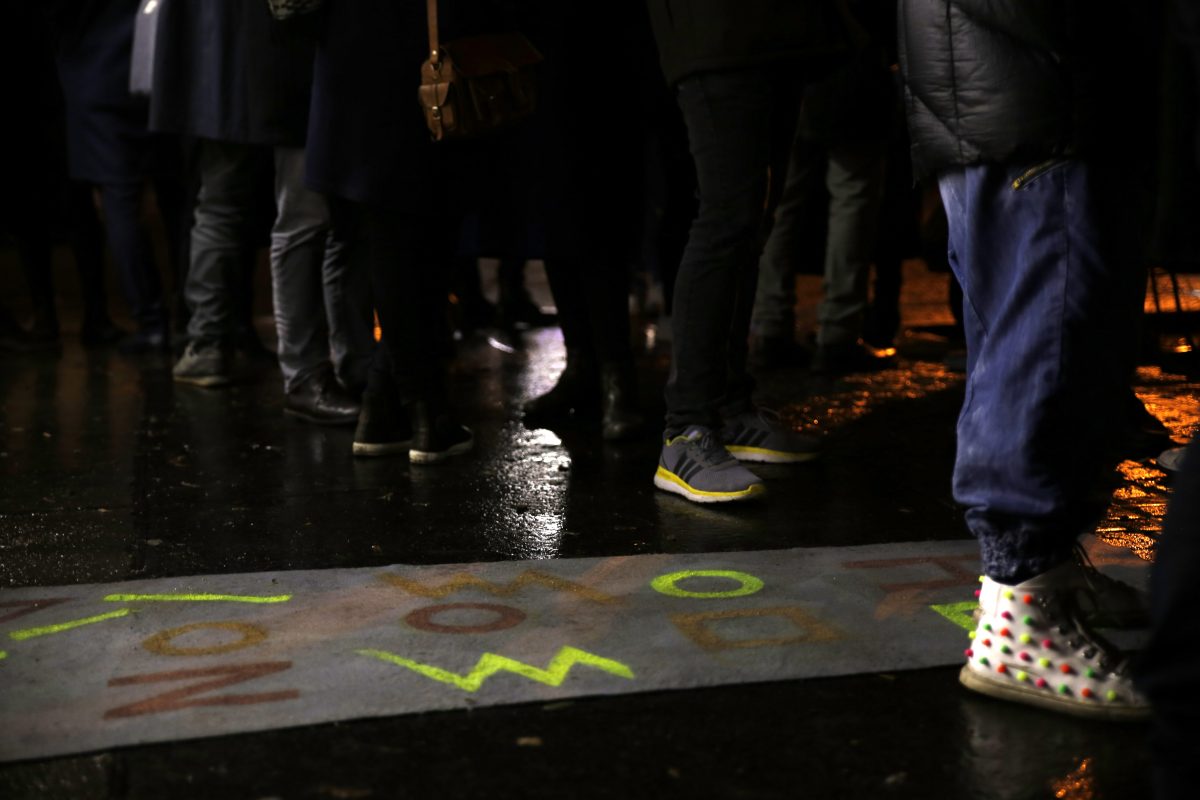 It is a sculptural organism between site specific works, local occupation and the (de)regulation of the public space.

After the 83rd edition of <dienstag abend> that took place in the city of Heraklion in May 2016, a collective of 29 artists based in Vienna and in Greece reunite once again to work with the public space, this time by transposing it to an institutional framework inside of Kluckyland as an associative space.

The entire exhibition undergoes a spatial, material and dimension-bound transformation. Here we are interested in making diverse translation possibilities visible as well as the exhibition’s potential of readability through an exchange between the audience, the works and the space. It is equally a movement from the original to the original and one from the model to the model within the framework of the possibility of a new autonomous representation

Within our exhibition format, our focus is on the friction surfaces and intersections between public ⇄ institutional ⇄ private space.